Setting up React Native with Expo and Android studio on Ubuntu 18.04

React-Native is a framework developed by Facebook to create applications for Android, IOS and Web Platforms. It is written in Javascript and renders to the native platform. It is advisable for beginners getting started in mobile development to use the Expo CLI. Expo is a framework built around React Native and native platforms and helps in building, deploying and quickly iterating IOS, Android and Web Apps.

This tutorial assumes you have Node.js installed on your machine if you don't, follow the installation instructions here to get started. We'll be using npm which is a package manager and comes with Node.js to install the packages needed.

Once the above step is done open up your terminal and run the code below:

The above command installs the expo-cli globally which allows us to create and manage our react native apps with expo.

This creates a new react native project with expo and starts it up. If everything was successful, the results should be similar to the screenshot below:

At this point, we have expo and react-native up and running.

As mentioned above Android Studio is Android's official IDE and it comes with a lot of features beyond the scope of this article. The one feature we are interested in is AVD(Android Virtual Device) which is an interface that allows us to emulate Android Devices.

Before we install Android studio run the following command in your terminal to check if your Ubuntu Machine supports virtualization.

If the result returns a value greater than zero it means the machine has virtualization support. Virtualization is required to run the emulator smoothly.

We can now go on to install some necessary utilities needed for Android studio. Run the following:

This installs KVM which is a kernel-based virtual machine and libvirt the toolkit and API for KVM.

After that run kvm-ok to verify if the installation was successful.

Next, we add users to kvm and libvirt group:

Open the Ubuntu software center and search for Android Studio once found click the install button to start the installation. It takes a while so you can grab a cup of coffee while waiting. Launch the Android studio when it is completed and you should be presented with a screen similar to the screenshot below: 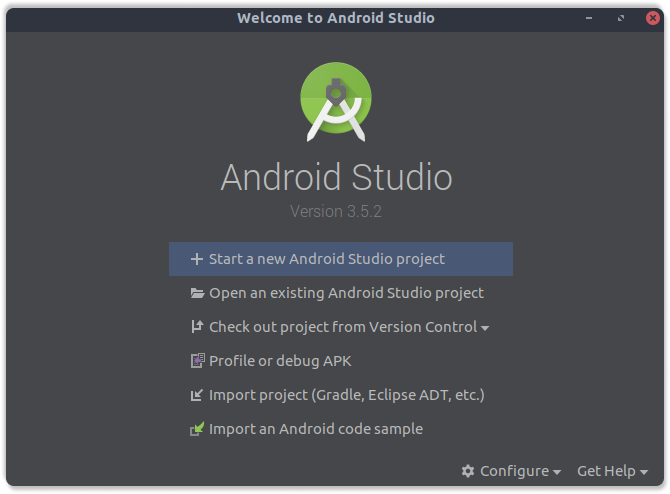 Click Configure and then click on SDK Manager on the dropdown that opens to open the SDK Manager. 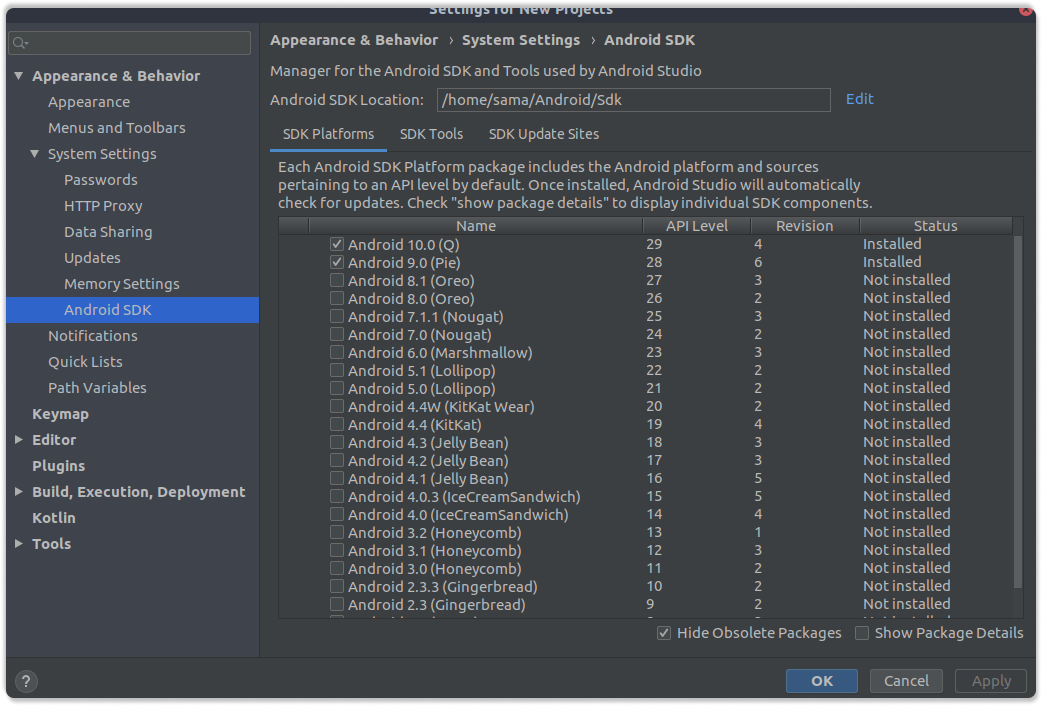 Go back to the Start Screen and click on Configure and then AVD Manager on the dropdown that shows up to open the AVD Manager. 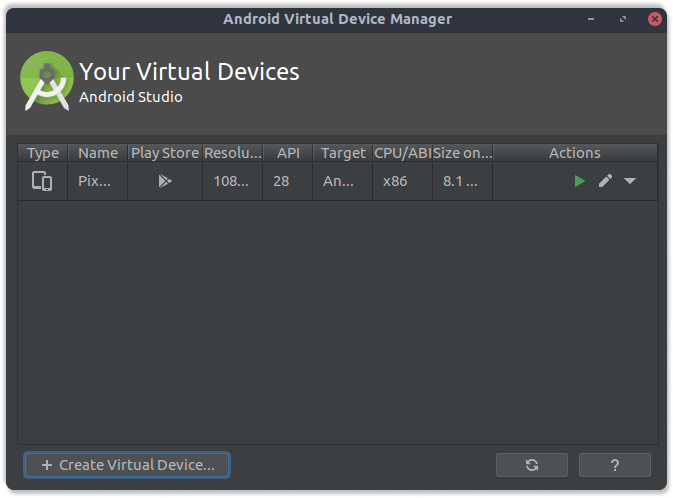 Click on create a new virtual device on the screen that follows I suggest you pick a device with PlayStore support. On the Select a system image window, choose a system image and download it if it is not available.

Once that is completed click next and enter the name of the device, after that click on finish to be done setting up the virtual device.

Click on the play button on the start screen of the AVD to start up the virtual android device and give it some time to start up.

Go back to the expo dev tools in the browser and click on Run on Android Device/Emulator to start your android app on the emulator. You should have a screenshot similar to the one below.

At this point, the Android emulator is ready and you can start building and testing Android applications with React Native, Expo, and Android Studio.